Originally founded in 1889 as a sailing club, the Yacht Club is rich in sailing history and to this day, holds regular regattas while maintaining the largest “A” boat fleet in the United States. The original “clubhouse” was actually the Kirby Barnum Hotel which provided overnight accommodations to members that wished to spend their weekends on beautiful White Bear Lake. The train from St. Paul stopped directly in front of the Barnum dropping off members at the front door.

At the beginning of the 20th century golf was in its infancy in the United States, but in 1912 the Club added golf to its venue of entertainments with a 9 hole course designed by Scottish architect William “Willie” Watson. WBYC joined the Minnesota Golf Association which was founded in 1901. 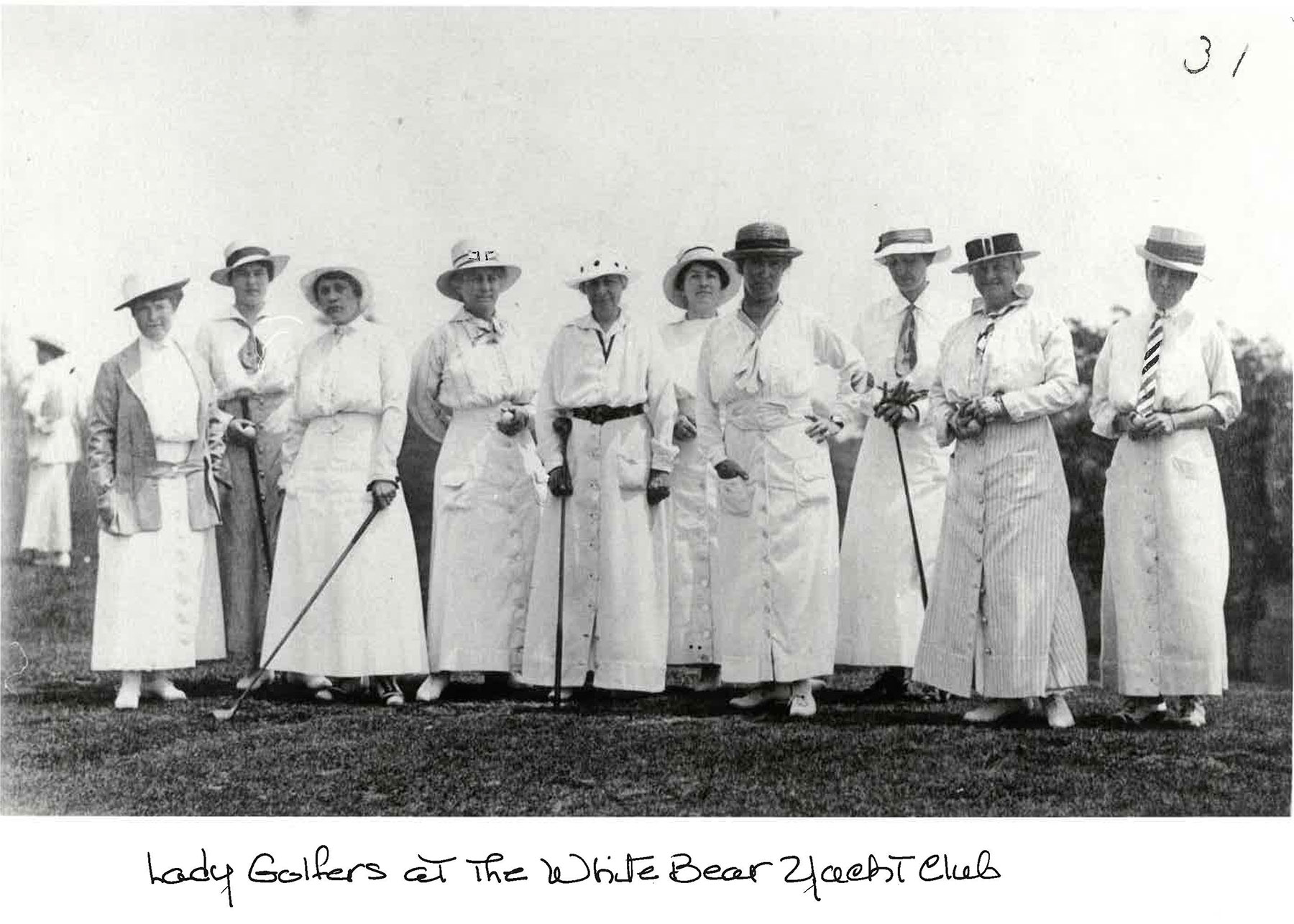 Shortly thereafter, the Barnum was replaced by a new lakeside clubhouse designed by then member A.H. Stem, best known for his design of New York City's Grand Central Station.

In 1915 Donald Ross was engaged to redesign the original nine holes and commissioned to add a second nine. Today a contemporaneous map depicting Ross’s design hangs in the Club’s Golf House and shows the basic layout of the original holes which are for the most part unchanged. Shortly after the 18 hole course opened for play, the Club hired Isle of Jersey man Tom Vardon, an accomplished professional and brother of six-time British Open Champion Harry, to become the Club’s Head Golf Professional. He stayed on until 1937. Vardon was well known for his talent as a player, teacher, course designer and club maker.

During the summer of 1921 F. Scott Fitzgerald & Zelda occupied a room at the Club. Fitzgerald’s time at the Club was fictionalized in his work, naming it the Sherry Island Golf Club in Black Bear Lake, MN. But alas, he and Zelda proved to be too rambunctious and were encouraged to relocate, which they did to St. Paul’s Commodore Hotel.

Harrison R. “Jimmy” Johnston, a member and student of Vardon’s, competed in and won the 1929 U.S. Amateur carrying the Club’s name to the first venue to hold the Amateur west of the Mississippi – the Pebble Beach Golf Links.

Over the years the Yacht Club has been the host venue for dozens of MGA, MWGA and USGA competitions, since hosting its first MGA Men’s Amateur Championship in 1917. Although not overly long, the course remains timeless with its unique changes in topography, varied green complexes and serene surroundings just as it was over 100 years ago.

After over 130 years, we strive to preserve our history while remaining an active place to play for modern families.